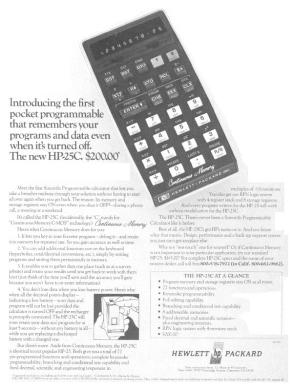 Caption: Introducing the first pocket programmable that remembers your programs and data even when it’s turned off. It’s called the HP-25C and incidentally, the ‘C’ stands for ‘Continuous Memory C-MOS’ technology.