The HP-65 was the first programmable handheld calculator in the world. Introduced by Hewlett-Packard in 1974, it was considered an electronic marvel. The HP-65 was tried on backup computations for docking maneuvers on board the NASA Apollo Space Command / Service Module in the Apollo-Soyuz missions in 1975. 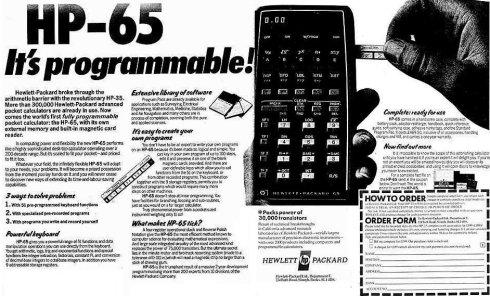